Omega 3 is an interesting experimentation and research of the amazing benefits of omega-3! Usage instructions

Stress the concept of stress the symptoms and causes of stress 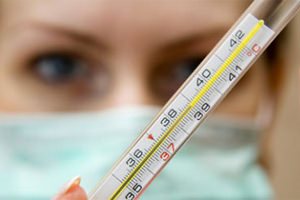 Vitamin D — the properties and content of vitamin D in food

Thyroid hormone T4 is elevated/lowered, what is the norm?

What is a lipid?

Lipids - a number of organic substances, which is part of all living cells. There are fats and fatlike substances found in cells and animal tissues composed of adipose tissue that plays an important physiological role.

The human body is able to synthesize all major lipids. Cannot be synthesized in the human and animal organism only fat-soluble vitamins and essential polyunsaturated fatty acids. Basically, the synthesis of lipids occurs in the liver and epithelial cells of the small intestine. A number of lipids are characteristic for certain organs and tissues, the remaining lipids are composed of cells of all tissues. The amount of the contained lipids in organs and tissues different. Most of the lipids contained in adipose and nerve tissue.

The lipid content in human liver ranges from 7 to 14% (in dry weight). In the case of liver diseases such as in the fatty degeneration of the liver, the lipid content in the liver tissue reaches 45%, mainly due to the increase in the number of triglycerides. Lipids in blood plasma are contained in combination with proteins and in this format they are transported to other organs and tissues.

Lipids have the following biological functions:

1. Structural. The combination of phospholipids with proteins form biological membranes.

2. Energy. In the process of fat oxidation is the release of large amounts of energy, it goes to the formation of ATP. A large part of the energy reserves of the organism is stored in the form of lipids, and is used in case of lack of nutrients. So, for example animals hibernate and on the maintenance of life are the fats and oils previously accumulated. Due to the high lipid content in the seeds of plants developing embryo and seedling until until to eat independently. Seeds of plants such as coconut, castor, sunflower, soybean, rapeseed are the raw materials from which oil is made industrially.

3. Insulating and protective. Deposited in the subcutaneous tissue and around organs such as the intestines and kidneys. The resulting layer of fat protects the body of the animal and its organs from mechanical damage. Because subcutaneous fat has low thermal conductivity, it retains heat, itallows the animals to live in cold climates. Whales for example, this fat contributes to the buoyancy.

4. Lubricating and water-repellent. On the skin, wool and feathers have a layer of wax, which leaves them supple and protects from moisture. Such a wax layer on the leaves and fruits of various plants.

The source of metabolic water are lipids. So, to get 105 grams of water, you need to oxidize 100 grams of fat. To desert dwellers such water is essential, for example for the camels, who have to do without water for 10-12 days, they have such fat is stored in the hump and consumed with the purpose of obtaining water. Fat oxidation is very important for the animals running into hibernation, for example marmots, bears, etc.